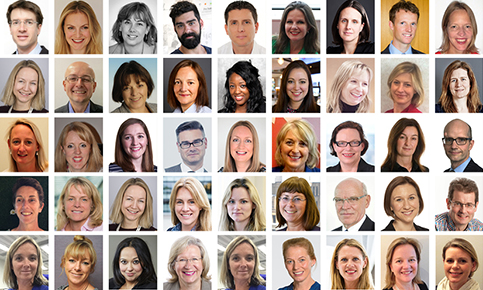 Flexibility experts Timewise, today reveal the 2015 Power Part Time list – in association with Management Today – a roll call of the UK’s top 50 men and women who work in senior, business-critical roles, all on less than five days per week

This year’s coveted list includes a record-number of men in business-critical roles from firms including: Dixons Carphone plc, advertising giant AMV BBDO and the Bank of England

Three in four workers in Britain do not believe it is possible to have a successful part time career1. Yet the statistics prove that is not the case, especially in the case of the men.

New statistics today by flexibility experts Timewise, reveal that 1 in 3 of the UK’s growing population of high-earning part time workers, are men2. There are now an estimated 680,000 workers who are working formally part time in the higher income bracket (earning a minimum of £40,000 full time equivalent). And of these, 230,000 are men and 450,000 are women.

The unveiling of today’s fourth Power Part Time List – in association with Management Today – is testament to this emerging working trend.

A roll-call of the UK’s top 50 men and women who work in senior, business-critical roles, all on less than full time hours, this year’s list includes a record number of men including game-changers from businesses such as – Dixons Carphone plc, leading advertising agency AMV BBDO, famed architecture practice EPR Architects, the Bank of England and EY.

The list is compiled annually by Timewise co-founders Karen Mattison MBE and Emma Stewart, CEO, MBE, to create more role models, debunk the myth than you cannot work a top level job on a part time basis and change the conversation from what is perceived as impossible when working flexibly, to what is possible.

MARK WEBB – Head of Corporate Social Media at Dixons Carphone plc. Launched and manages Dixons Carphone Group’s social media strategy, establishing the plc as a stand-out leader in corporate social media. Previously the Group’s Head of Media Relations. Mark was diagnosed with progressive multiple sclerosis in 2008. Since then, his hours were adjusted to ensure sufficient time for rest and medical treatment, whilst fully supporting business goals. Works 4 days per week

JAMES MCEWEN – Head of Credit and Capital Quantitative Research at Nomura Intl. One of the very few male part time workers in the Investment Banking industry at management level. He has been promoted twice since moving to part time working in 2008, and chose to adjust his hours to share childcare responsibilities with his wife.   Works 4 days per week

THIAGO DE MORAES – Creative Partner & Head of Creative Innovation at leading advertising agency AMV BBDO. Part of the management of the agency and of the creative department, as well as lead on the creation of global advertising campaigns. Thiago works part time to share childcare responsibilities with his wife, as well as pursue his parallel career as a published book author & illustrator.   Works 3 days per week

SARAH SIMPSON – Head of Product at Premier Inn, Whitbread PLC. Lead decision-maker on all aspects of concept design and physical product innovation for Premier Inn’s 700+ hotels in the UK. She was recruited by Whitbread 16 years ago on a part time basis, and has progressed on less than full time hours throughout her tenure.   Works a 4 day week

KATIE MCQUAID – Director, Fulfilment by Amazon UK Marketplace. Responsible for recruiting and managing independent sellers to use Amazon’s network of fulfilment centres so they can increase sales and sell services. Over the last 12 months, over 400 million units were ordered from Marketplace, representing 40 per cent of Amazon’s Marketplace business globally. Katie joined Amazon on a part time basis with full support from the leadership team in the UK and globally.   Works a 4 day week

The list, designed to inspire more employers to open their doors to talented people who need flexible work, has been published today in association with Management Today and is supported by businesses that champion workplace change and are at the cutting-edge of finding the best of talent: EY and Diageo, as well as 5 executive search firms4.

Karen Mattison MBE, Co-Founder, Timewise, says: “Part time working has reached a tipping point, and this year’s Power Part Time list is testament to this – with more entries than ever and – crucially – more men than ever. Part time and flexible working has moved from the sidelines to the centre stage. The world of work has changed, and our List tells the story of the incredible people who are shaking up the status quo.”

Andrew Saunders, Deputy Editor, Management Today, says: “This year’s Power Part Timers are an absolute inspiration, remarkable personal stories which prove that the obstacles we place in the way of flexible working are more imagined than real. For as the 2015 list shows, there are very few jobs – no matter now senior or client-facing – which cannot be done on a part time basis.”

Lynn Rattigan, Chief Operating Officer at EY, UK & Ireland, who is supporting this year’s List, says: “It is evident from the examples featured in this year’s Power Part Time List that talented individuals in senior roles can and continue to work flexibly. The conversation is now about organisations taking the step to open the door to them and the value they can bring.

At EY we advertise 100% of our roles as open to flexibility, which helps us to attract the very best talent. We are driving change to modernise the workplace and challenge the preconceptions surrounding flexible or part time hours.

It is not only reserved for women, senior leaders or long standing employees; it is open to all from the moment they join. Flexible working has gone beyond a ‘nice to have’. In fact it is becoming a point of envy amongst UK workers and a source of competitive advantage for employers.”

Andrew Porter, head of talent engagement at Diageo, says: “Flexible working creates better businesses and happier staff, which is why at Diageo we support many of our employees in flexible careers. We are very proud supporters of the Power Part Time List, and I am delighted to see so many men on this year’s List. It demonstrates what we have always known to be true – part time work isn’t just about women.

The businesses that will attract and retain the best talent need to recognise that people choose to work flexibly for many different reasons. Congratulations to all the winners.”

2Source: Inclusion analysis of the Annual Survey of Hours and Earnings 2014. Conducted by CESI in August 2015, on behalf of Timewise.

Timewise (www.timewise.co.uk) is the UK’s first market place for candidates who want some flexibility on where and when they work.

Experts in flexible hiring, with 10 years of experience, Timewise is led by founders Karen Mattison and Emma Stewart, CEO, who have been made MBEs and won a range of awards for their work (see below).

Timewise runs multiple services designed to boost the number of jobs that are advertised with flexible working possibilities in the UK.

The Group’s four business divisions include:

Timewise’s work has been recognised by thought leaders, policy makers and the business community, including: Resolution Foundation, the Confederation of British Industry, the Greater London Authority, the Joseph Rowntree Foundation, the Cabinet Office, the Recruitment Employment Confederation, the Chartered Institute for Professional Development and the British Chamber of Commerce.

Organisations that have advertised jobs through us, or used our consultancy service, include EY, Diageo, ITV, Sony Entertainment, Macmillan Cancer Support, McDonalds, EasyJet and more.

Karen and Emma have been named ‘Breaking the Mould’ award winners by the Institute of Directors (November 2014), ‘Women Changing the Business World’ by the IoD’s Director magazine (February 2014) two of the UK’s ‘Top 50 Radicals’ by the Observer and NESTA (Feb 2012) two of the ‘most exciting social entrepreneurs to watch’ by Real Business Magazine and named ‘Small Business Heroes’ by Management Today (May 2013).