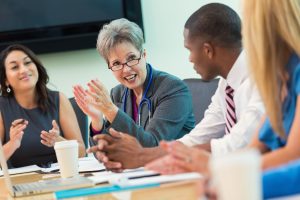 An estimated 8.7 million full time workers, or 2 in every 5, ‘actually want to work flexibly1 right now’2 according to a new report that urges managers to be more open about alternative working patterns at the point of advertising a new job.

A flexible future for Britain? is today being published by recruitment experts Timewise, ahead of the extension of flexible working rights on Monday 30 June 2014.

While the incoming legislative changes will make it easier for existing employees to ask their employers about flexible working possibilities, the report flags that would-be flexible workers searching for new jobs still face a ‘hidden’ market.

The two-part research is based on a poll of 1,161 workers3 and a bespoke study of 500 managers with hiring responsibilities for their teams4. It examined:

1)    How many people want flexibility in their jobs now

3)    How they communicate this to prospective employees

Timewise’s report found, for the first time, that while managers may be open to offering flexibility to potential new candidates, they do not say so early enough in the process for candidates to know, i.e. at the stage when the job is advertised.

A candidate study conducted by Timewise last year found that more than half of people looking for flexible work ‘feel nervous’ about mentioning their need for flexibility and don’t know ‘when to ask’,  with 42 per cent fearing that doing so ‘damages their chances of getting the job.’7

Timewise, the author of the research, is a £1.5million business representing 58,000 people who want to work flexibly and has been developing the recruitment market for such flexible jobs for 10 years. The research is being hosted on its newly launched site: www.timewise.co.uk which gives businesses insights on talent and flexibility.

Significance for the recruitment market

“The world of work is changing. Flexibility is moving from niche to mainstream. 8.7 million full time workers now want some choice on where and when they work. In today’s post-recession market employers are having to fight harder for talent, and yet by playing their cards too close to their chests when it comes to alternative working structures, they miss a key advantage. Talented and skilled people are actively searching for workplaces that offer a more modern approach, where quality of performance is rated more than the pattern it took to get there.”

On the back of the research, Karen is today launching a call for nominations for Timewise’s third annual Power Part Time List, supported by EY and six executive partners8. Each year, the List – designed to highlight how work in the UK is changing – champions 50 exceptional individuals who work flexibly, with great success, right at the top of business.

Lynn Rattigan, EY’s Deputy Chief Operating Officer in the UK & Ireland, and a member of the Timewise Power Part Time judging panel commented: “There is still a cultural challenge for many businesses around flexible working: to understand that reduced hours doesn’t ever mean less commitment. I am passionate about the business case for flexible working and have seen first-hand at EY how it can help attract and retain the best and brightest talent, lead to higher levels of client service and create competitive advantage. Cultural change inevitably takes time but the more role models we have, the easier it will become to unlock opportunities for both the talented people who need to work differently and the employers who would benefit from their skills. The Power Part Time List is a fantastic opportunity to highlight these ambassadors and celebrate their success.”

1In this report, flexibility is defined as working part time, or working remotely (‘flexibility in terms of hours or location’)

2 Nationally representative survey of 1,161 GB workers conducted by ICM on behalf of Timewise identified that:

3 ICM interviewed a random sample of 2000 adults aged 18+ in GB online between 25th– 26th April 2014. 1,161 were currently in either full or part time employment. Surveys were conducted across the country and the results have been weighted to the profile of all adults and to the UK population. ICM is a member of the British Polling Council and abides by its rules. See above [point 2] for results

4In May 2014 Timewise conducted a study with 501 UK-based managers from a cross section of industries and business sizes, via Research Now. All had either senior, or the ultimate, decision making power within their teams.

5 Managers were asked which of the below they stated explicitly within job ads over the past 12 months. Just 25 per cent said ‘openness to flexibility’.