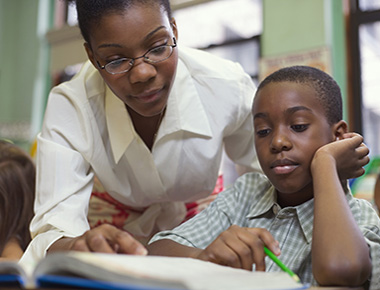 I’ve long been troubled by the fact that the teaching profession appeared to be lagging behind other sectors in their approach to part-time and flexible working. And the constant trickle of headlines highlighting teaching staff shortages has only reinforced my conviction that something needs to be done.

So I was delighted to be invited by Justine Greening MP, the Secretary of State for Education, to attend her department’s recent Flexible Working in Schools summit, and share Timewise’s experience and insights in flexible working, hiring and job design with the panel.

As we know from our research into today’s flexible workforce, a staggering 87% of the UK workforce either works flexibly already, or would like to. And a previous piece of research into women returners highlighted that 58% of those coming back to work after a year or more would prefer a part-time role.

Teaching is less flexible than other sectors

Yet, as figures shared at the summit showed, while 42% of working women in the UK work part-time, only 25% of female teachers do. And given that only 9.7% of primary school jobs and 6.6% of those in secondary schools were advertised as part-time last year, that’s hardly surprising. Other kinds of flexible working, such as compressed or staggered hours appear to be even less common.

It’s clear, then, that there’s a big gap between flexible supply and demand in teaching, and between teaching and other sectors. So the key question is, why? The panel were agreed that the two biggest barriers are a logistical one of timetabling and a more cultural one of mindset. In both cases, having buy-in from senior leadership teams, and role models setting examples, were considered critical to closing the gap.

Certainly, there are pockets of flexible excellence within teaching, and some fantastic role models too. Liz Robinson and Nicola Noble, co-heads at Surrey Square Primary School who attended the summit, are just one example. But as is often the case, they took the initiative to create their arrangement themselves; it wasn’t an advertised role.

Yet, when schools are prepared to hire flexibly, it pays off. TES Global have found that job adverts that mention the words part-time get 13% more interest than those that don’t; given the fierce competition for the best talent, that’s well worth considering. The uplift doesn’t stop once the staff are on board either: research for ACAS by the University of Manchester has found that flexible working increases both personal and team effectiveness. And it has been shown time and again to have a positive effect on retention and motivation of staff in all sectors.

Of course understanding the problem is only half the battle; now we need to fix it. And the good news is, the will to do so starts at the very top. Ms Greening has pledged action from the DfE, including:

We’ve made a start; now let’s get to work

It’s important that those working across the profession, from multi-academy trusts and governing bodies to teaching unions, are empowered and supported to take action too.

That means testing new ways to help headteachers design jobs with flexibility built in. It means trialling new approaches to designing part-time and flexible jobs, which still work within the school timetable and maintain quality teaching standards. It means equipping senior leaders to build a business case for part-time and flexible working, and create a culture in which it’s both acceptable and achievable. And it means advertising teaching roles as flexible up front, rather than waiting for staff to ask.

The Flexible Working in Schools summit felt like a watershed moment for the teaching profession – and I was delighted to be part of it. But it’s just the beginning; the hard work starts now.

If you would like to know more about the work we do at Timewise, please call Emma on 020 7633 4552 or email Emma.Stewart@timewisefoundation.org.uk