If you’re tackling the skills shortage, flexibility can give you the edge 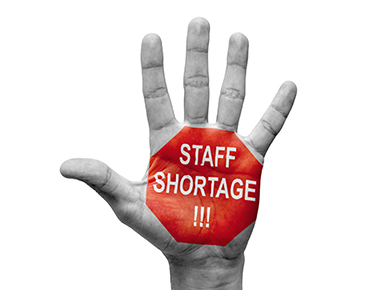 Businesses have been warning about an impending skills shortage for some time now; and the evidence suggests that it’s really starting to bite. According to a new survey of 400 firms by the Open University, many UK employers have had to pay well above market rate to attract employees over the past year. And the university suggests that the annual cost of this to business could be as much as £2bn.

But for all of us at Timewise, this approach shows a startling lack of originality. Of course, potential employees are unlikely to refuse a higher salary; but by the same logic, a further cash incentive could easily persuade them to move on elsewhere. Whereas if you really want to attract a loyal, motivated and productive employee, there’s a much better way – offer them flexibility.

Employees value flexibility – and it benefits employers too

Thanks to advances in technology and flex-friendly government legislation, flexible working is becoming more common – and no longer just a way to entice women back from maternity leave. 92% of Millennials identify flexibility as a top priority when job hunting and, at the other end of the workforce, the Centre for Ageing Better argues that it could be a key factor in helping the growing number of over 50s work for longer.

It’s not just about what employees want either; the business case for flexibility is sound, and well-documented. For example, remote working champions tend to have less people in the building at once, allowing them to reduce their office space and so their business overheads. A survey by BT indicated that the productivity of flexible workers increased by 30%. And in a CIPD survey, 73% of employees said that flexible working improves staff motivation – and, critically, 75% said it has a positive effect on retention[1].

In short, then, flexible working makes sense for employers and appeals to employees. Yet, despite the fact that there are around 8.7 million people in the UK who would like to work flexibly, less than 1 in 10 jobs adverts currently offer this up front. So an employer who offered flexibility as part of the package – and even better, could demonstrate a flexible pathway for career progression – would immediately have the edge over one who doesn’t.

Our aim here at Timewise is for the offer of flexibility to become the norm; to be just another part of every job description, like holiday entitlement. We offer consultancy and training to organisations who share our aim, and we’re working at every level to bring about this change.

But in the meantime, for employers, offering flexibility at the point of hire is something that will make you really stand out. It will certainly increase your chances of catching the best talent – and unlike mere money, it’s likely to help you hold on to them too.

To find out more about our consultancy and training services, call 020 7633 4444 or email info@timewise.co.uk