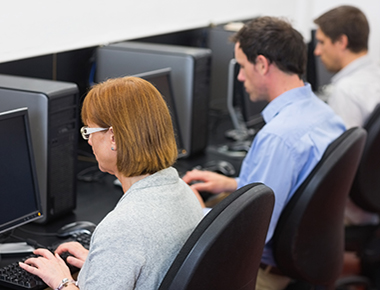 A 2018 report by the CIPD has suggested that presenteeism – that is, people struggling into work when they are ill – has more than tripled since 2010. Should employers be worried? After all, if people want to come in and get the work done, even if they’re feeling under the weather, isn’t that a bonus for business?

Not according to Cary Cooper, professor of organisational psychology and health at the University of Manchester, who has stated that “workers coming in and doing nothing is more dangerous to the UK economy than absenteeism.” His comments drew on a previous CIPD survey, which revealed that employers who had noticed an increase in presenteeism were nearly twice as likely to report an increase in stress-related absence as those who hadn’t. They were also more than twice as likely to report an increase in mental health issues such as anxiety and depression.

As the CIPD’s Rachel Suff recently argued, “Increasingly, the threats to well-being in the modern workplace are psychological rather than physical, and yet too few organisations are discouraging unhealthy workplace practices and tackling stress, which is strongly linked to health conditions such as anxiety and depression.”

Here at Timewise, we believe that flexible working is the foundation for the healthy workplace practices Rachel is championing. It may sound obvious but it bears repeating; if people are able to improve their work-life balance by working flexibly, they will be less likely to feel they have to struggle in when they shouldn’t, or to suffer from stress and anxiety.

That might mean working from home to cut down the commute. Or it could mean flexing start and finish times to manage school pick-ups, or working part-time to create space to look after an aging relative. Our experience has shown that most roles can work on a flexible basis, even client facing ones. The critical success factor is that the roles need to be designed with flexibility built in.

Of course, supporting employee wellbeing isn’t just good for employees; healthy minds are likely to be more productive ones, so it benefits employers too. But with only a quarter of the organisations noted as having a presenteeism problem having taken steps to challenge it, there’s a great deal of work to be done. Employers need to take action now to build the flexible cultures, and design the flexible roles, that will deliver healthier workplaces.

To find out more about flexible job design and our other consultancy and training services, please email info@timewise.co.uk or call 020 7633 4444